January 04, 2020
Happy New Year! Here we are. 2020. The roaring 20's! I am one of those people that thinks 2000 was 10 years ago and 1994 was 15 years ago. But it's January 2020, the turn of the year; the turn of the DECADE. We get a fresh slate. A clean calendar. Every commercial, ad, article, and status seems to be about New Year's Resolutions. I'm 100% sure there are more fitness and diet program commercials on TV. And why wouldn't there be? Sometimes, we need a catalyst, or a push, to change or break a habit. I have my own goals (for some reason, I hate the notion of resolutions), which I will share in a bit, but this year finds me really unpacking this notion of "new year, new me!" 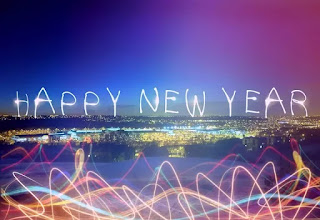 Why is there so much pressure? It's odd that there is this requirement that we set a list of goals or resolutions for the start of the new year. Why not just start whenever you feel inspired to do so; doing it that way probably makes whatever changes you're making really stick. As an example, when I started the keto diet, it was the end of the summer. It wasn't like "oh, I need to get a bikini body for summer," or anything like that. I had just been feeling so run down, my skin was having issues, and my stomach always felt awful. My clothes didn't fit the way they used to. So, I made some changes. I didn't wait for "Monday," or "next week," or "next year," I just made a change, and it's been quite a positive lifestyle change for me. It actually took me a bit to figure out my goals for the new year, because I felt this weird pressure to have some kind of answer to the "what are your new year's resolutions?" How ridiculous! There's a part of me that wonders if we are setting each other up for failure. Society tells us we have to "turn over a new leaf!" or that "this is our chance for a fresh start," as though if you aren't trying to improve yourself, you're failing. What about just surviving. What about maintaining what you've already worked hard to build? 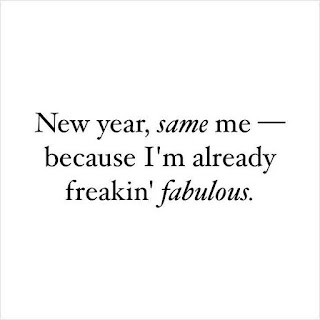 Of course gyms fill up in January with people trying to lose weight, but is it because they really want to, and are ready and committed to that lifestyle change? Or do they feel forced into it by this weird societal clock that expects us to become new, "better" versions of ourselves each year? I'm not trashing self-improvement. If YOU are ready to change or stop or add something in your life, and the turn of the year makes sense, go for it. But if you make a list of goals for the new year because "they" say you should, it's probably not going to work. If you aren't ready in January, and you decide that February 9th is the day you're going to quit smoking or give up sugar, that's okay.

All that said, I did make some goals for myself, but I made and started them a few months ago, so they aren't really new year's goals. It's nothing revolutionary, or really, monumental. But I made them for me; I had let go of some things that feed my soul, and I want to bring them back. The biggest two:

-Read a real book for at least 15 minutes a day. I've been listening to audio books primarily because of how much I travel, but I love actual reading. And it will encourage me to put the phone down.

-Write at length at least once a week. That's part of what started this blog! :) Writing feeds my soul, and allows me to express myself. Maybe people read it, maybe they don't. I do it for me, not for anyone else.

So, it's 2020, a new decade. If you need or want to start something, or give up something, or make a change, go for it! If you made it through the first four days of January, you. did. a. good. job. If you don't want to (or can't) make any changes in your life this week/month/year, you. are. not. failing.

Thank you for coming to my Ted Talk. Happy New Year!

Popular posts from this blog

We Bought a House During a Pandemic

September 09, 2020
Y'all. It has been a HOT minute. How are you? We are at, what, month 217 of the Pandemic?  Is everyone still working out, taking up new hobbies and making sour dough bread? Truthfully though, I hope you all are well. When all this kicked-up in late March, I assumed that by now we'd be back to some sense of #normal. I was clearly wrong. That's a post for another day, but I hope that we'll get there soon, and I hope you've been hanging in there.  At this point, you might be wondering what Kilton and I were up all this time (or maybe not but you're going to find out anyway). We worked, we parented, we cooked and we ate (and drank). We also bought a house. That's right. We thought a global pandemic was a great time to buy a house. Technically, the process did not start  during the pandemic, but it certainly became official.  Our house in Naples, ME. It was worth the search during a pandemic. It was a PROCESS. We learned so much and I know how cliche this sounds
3 comments
Read more

Savings Tips that Saved Me

May 03, 2020
My dear readers! I hope you are well. Sorry I've been somewhat MIA. This social distancing thing is hard. As an extrovert, I'm struggling. But, I'm managing and I need to remember that writing helps me tremendously. I debated writing about this topic, because I recognize that so many folks are struggling financially right now. I'm very fortunate to still be working full time from home, we're okay. I've even been able to donate to some people and causes I care about which is very rewarding. Most importantly, we have savings. Granted, the majority of that is savings for our house but I've got an emergency fund that I am grateful for. I went from a pretty bleak financial place 3 years ago to a much much more stable situation. Hell, ya girl is even investing! I thought it would be worthwhile to share some tips that helped me build a cushion and invest in future Maria. If you're unable to take these tips now, save them for a time when things are a bit more
2 comments
Read more

Learning How to be a Better Ally

June 18, 2020
Disclaimers: 1. I am not an expert on any of the matters I am writing about below. I am in the process of learning, listening, unpacking my bias and my privilege. This is about my thoughts, feelings, and what I am learning. 2. My privilege as a cis-hetero WHITE middle-class lady is not lost on me. I fully understand that I will never know what it is like to be black or another POC. I wouldn't dare critique, or really, try to even understand that experience and all the feelings that come with it. 3. I'm not writing this to be showy, or performative in my ally-ship. Writing helps me process what I am feeling. I do not expect a pat on the back or a reward for any of the work I have done and am doing. 4. This might take the form of a stream of consciousness or a free form poem. I don't really know. I just need to get some words out.
Post a Comment
Read more

Maria M
I'm a 30-something female with lots of stories to tell. I enjoy good food, good books, and good film. I live in the Greater Portland area of Maine, where we have four distinct seasons, five if you count mud. I live with my partner Kilton and his son (my bonus kid!) and our fluffy cat Ophelia. I'm a huge nerd and proud of it. Fan of hockey (Go BRUINS!), not a fan of football, but I watch the Super Bowl for the commercials & halftime. I'm fueled by coffee, determination, a will to make the world just a tiny bit better.